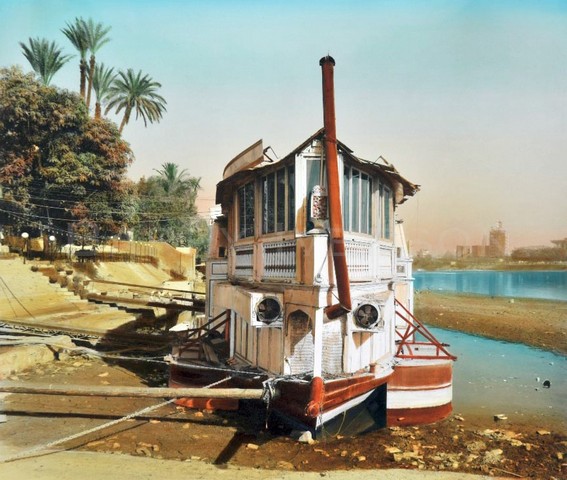 Barry Iverson was a photographer for Time Magazine for 25 years covering the Middle East from 1981-2007, photographing all of the major events of the region for a quarter century, including such paradigm changing events such as the assassination of Egyptian President Anwar Sadat, the takedown of the Taliban in Afghanistan in the aftermath of September 11, coup d’etats, archaeology and famine.

Iverson is a graduate of the University of Colorado at Boulder. In 1985, he won a Fulbright Scholarship to research the history of photography in Egypt, and concurrently taught photography at the American University in Cairo during the 1985-86 academic year. Iverson has produced several fine art portfolios, including Egyptian Desert Views I & II, Cairo I & II, Antiquity, Egyptian Portraits, Comparative Views of Egypt, Aged, The Cinders of Gawhara Palace, Sand & Stone, Comparative Views of Harvard. His fine art work is represented by galleries in New York and Cairo, with his work being held in many public and private collections. Iverson has published Comparative Views of Egypt (1994), and Egypt 1900: The View Through Postcards (1993), and written the biographies of photographers Van Leo (of whom Iverson was largely responsible for the transfer of his entire archive to AUC), Riad Chehata, and the Leavitt Hunt/Nathan Baker photographic partnership, the latter duo being the first Americans to photograph Egypt in 1852.

Iverson holds a large archive of 19th & 20th century photographs, a subject upon which he writes frequently. It was the early works and study of photographers like Frith, Greene, Du Camp, Hunt/Baker as well as Walker Evans, which deeply affected Iverson’s own personal vision and style.