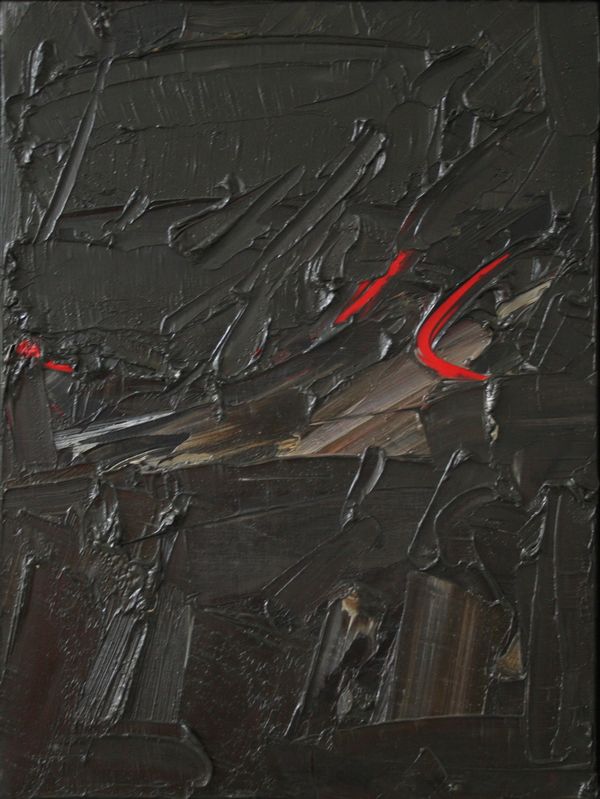 Piero Ruggeri was born April 27, 1930 in Turin, a city where, once obtained a classical education, he attended a painting course at the Academy of Fine Arts and graduated in 1956.

As a student he participated in numerous exhibitions, soon getting several official awards. He starts a large number of solo and group exhibitions to show his works in Italy, Austria, Switzerland, USA, Belgium, Brazil, France, Russia, Australia, Egypt. He participates in numerous editions of “Italy-France”, the Biennale of Venice and Rome Quadrennial. He wins national and international awards including the Morgan’s Paint, Solomon Guggenheim Museum New York, Marzotto, Sao Paulo Brazil, Fiorino, Liss, Villa San Giovanni. Among the solo exhibitions are to mention the “anthology” of the Palazzo dei Diamanti in Ferrara in 1984, the Villa Reale in Monza in 1985 and the Circle of Artists in Turin in 1986. From 1963 to 1985 he teaches figure at the Art School of Turin. Since 1971, he moved to Battagliotti Avigliana where he lives and works.