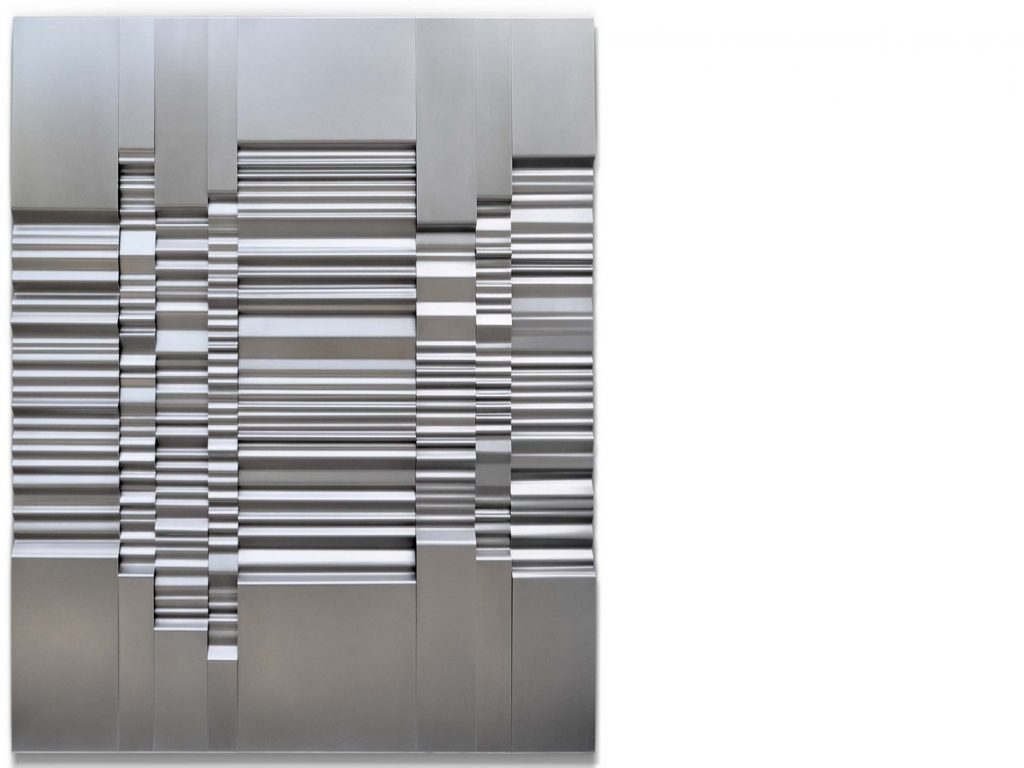 After a short stay in Italy and Germany in 2000, he got in direct touch with the artistic and cultural European life, and this marked a decisive change in his work, until then very experimental.

In 2001 he exhibited at Frasherri Gallery (Fier, Albania), he took part to the important Balcan Workshop again at the Gallery Edward Lear, and he was the winner, in the same gallery, of the second prize “Lear 02”. In 2003 he moved permanently to Italy, to Parma, city where he lives today and where from 2006 he started his artistic collaboration with Galleria d’arte Niccoli, with which he realised several projects. Artan (Shalsi) re – reads the forms of classical sculpture using contemporary materials such as stainless steel or aluminium: in Pieghe, which becomes a way to read form, he researches the poeticity of sculptural language.

Motivated by his classical formation, he extracts and finds a connection between the aesthetic canons of Greek – Roman sculpture earlier and subsequently of Renaissance sculpture, and the inevitable influence of the artistic movements of the ‘900, summing up in his work the elegance of Classicism and the cold vigour of contemporary minimalism.

From 2006 together with Galleria d’arte Niccoli, he exhibits regularly at the contemporary art fairs of Milan of Bologna, and several of his works in these years have already been acquired by important collectors.